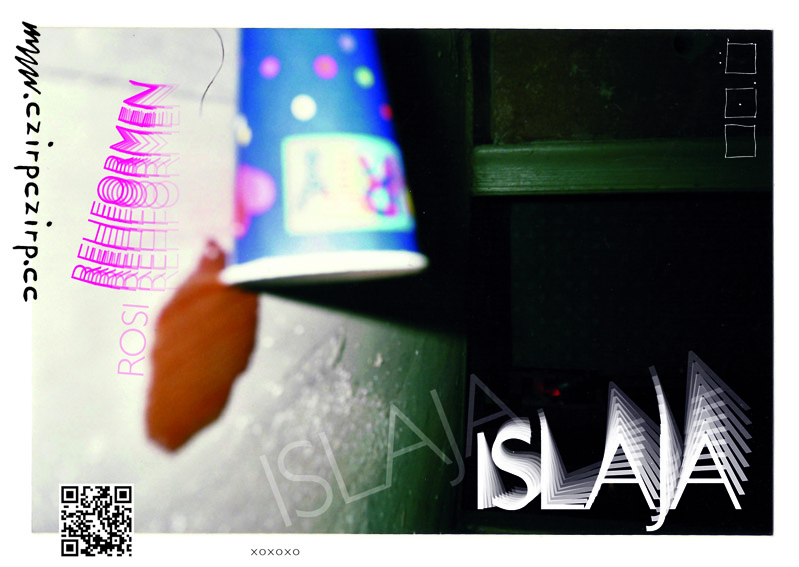 ISLAJA (FIN)
CHRA (AT)
ROSI REHFORMEN (AT)
CAROLA FUCHS (AT)

ISLAJA (FIN)
Main act ISLAJA developed a new set based on tracks of her up-coming album which will be released in 2014 on Gudrun Gut`s record label Monica Enterprise.
The new tracks by the Finnish solo-artist are forward going electro-pop songs; complex and multi-layered beats combined with surreal lyrics. Her non-conformative appearance, minimal style and low pitched voice touches aspects of transcending gender roles, highly discussed in confirmative pop music and its female roll-models.

CHRA (AT)
Christina Nemec, aka chra, is co-founder and co-owner of the label comfortzone based in Vienna. chra is the alter ego of Christina Nemec. After a long period of experiments in low frequencies and noise-effects, chra started to work on club beats. Her experiments with synthesized and analogue tunes, created through sound effect tools based on shareware,
processing through analogue and digital devices such as tape recorders, a 4-track-machine, sampler, and bass guitar result in soundscapes depicting poetry and literature as well as mundane chores in every day life. The main inspirations though are the energies between the sonic concepts of noise and silence that challenge Christina Nemec in her works.

CAROLA FUCHS (AT)
The dancer CAROLA FUCHS performed a piece named „Körperbilder“, a sequence of images of female bodies depicted throughout art history in combination with a text by the philosopher and cultural theorist Judith Butler on performativity, gender and the body. As the visual sequence accelerates with each repetition within the dance performance, the spoken words are slowed down until both tracks detach from their comprehensible pace.

This event was kindly supported by the city council Vienna, 17. District /Hernals and mo.ë