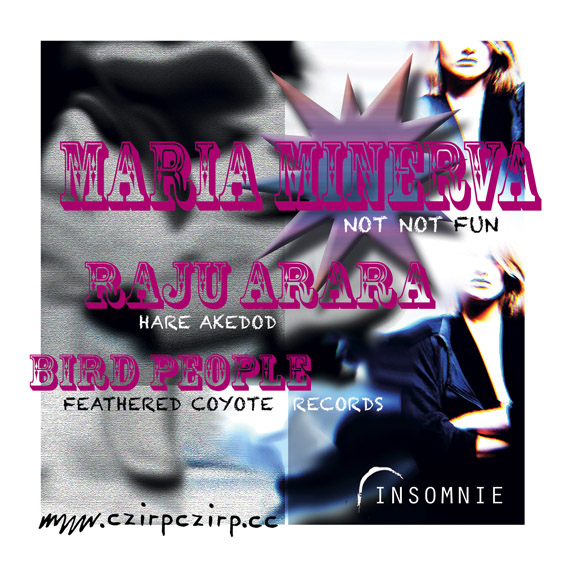 This concert in collaboration with INSOMNIE`s Sophie à Wengen and with a beautiful line-up!

The artist Maria Minerva (Minerva = goddess of the arts and science) is an audiovisual musician-philosopher originally from Estonia.
In her artistic work she has been wandering within the ever expanding archives of the WWW bringing together computer sounds and fragments of philosophical texts in order to create dance-music, sympathetically avoiding the over- aestheticization of pop to its full extent.
This is actually her central strategy. Her tracks, as well as her image of the young eastern pop-empress, form to a well considered subversion of contemporary culture and gender reflection.
Her sound has been described as valium-hazed, hypnagogic and even transcendental. But you wouldn`t fall asleep! She allures the dancing crowd with beats dusted with memories of late 1990s dance hits.