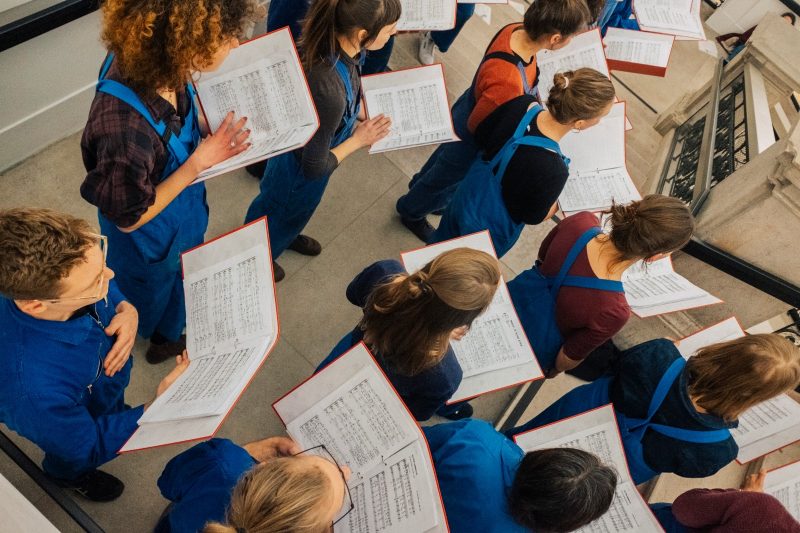 The Afternoon of a Faun, initially conceived by us for Theresienbad Meidling, is moving to Meidliger Platzl and morphing into a different shape:

Commissioned by the Wiener Festwochen to curate an event within their program on June 6th, czirp czirp has invited The Construction Choir Collective to explore the plaza through a musical intervention. The event will include improvisation, movement, and vocal interaction.

With Gustav Mahler’s Lied von der Erde (1908/09) at its heart, the Collective’s performance unites common and experimental forms of singing with other performative practices to give way to alternative perceptions of artistic, spatial situations and situations of everyday life.

THE AFTERNOON OF A FAUN

Referencing the faun as playful hybrid being tempted by Eros, the initial event for Theresienbad aimed to reinterpret one of modernity’s most important musical and performative works: L’Après-midi d’un faune (1867) by Stéphane Mallarmé. Following a feminist and ecological affirmation, we engage this mythological figure diffractively and renew its mythological form through the inversion of gender and social roles as well as a strong emphasis on processes of becoming and states of being an animal. In the spirit of Donna Haraway’s “making kin”, we encourage ecological awareness with all species in the audience and contribute to a re-configurated morphology of the faun.