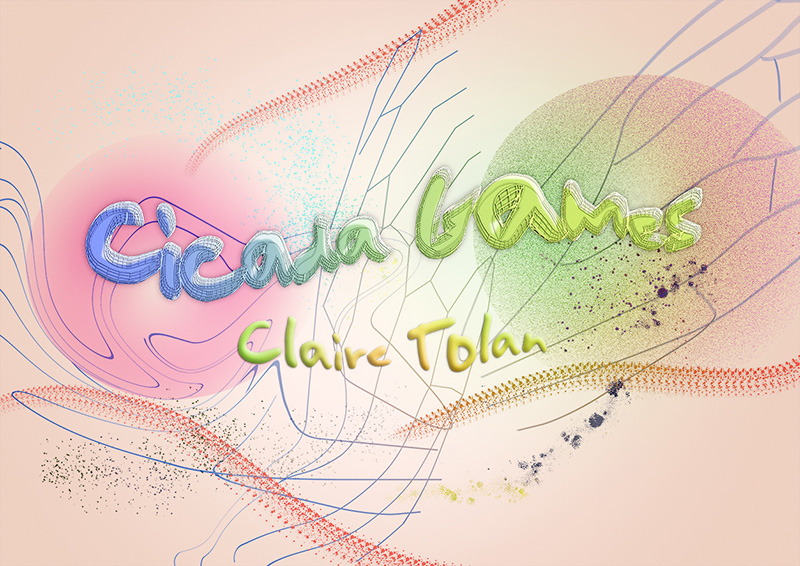 Free to download from the App Store and Google Play from June-October.

A buzzing clatter fills the shimmering summer heat. Sitting in the green of the park, they murmur of the past, present and future. The cicadas of this audio play are gossipers and voyeurs. They observe the world and speculate about the nature of things. They use ASMR (Autonomous Sensory Meridian Response) to beguile and relax us, reminding us that there are realities beyond the human one. They promote awareness of our environment, our human and non-human companions*, and ourselves.

Experience the app wherever you are or go out on a cicada-hunt in Kongreßpark, Vienna.

Who has ever seen a cicada in Vienna? We hear their constant buzzing in various pitches and rhythmic intervals—they chatter, hum and chirp as soon as the earth is heated by the summer sun—but they are rarely seen. You would have to wait for the right time and go out into the green to really observe their performance. In early summer, they hatch from the soil as nymphs, where they have spent the last year—sometimes even up to 17 years[1]—as larvae sucking on roots. Earthborn, they burrow to the surface to shed their old skin and climb the trees as singing and winged creatures. Up there, the males sit on the bark and use their singing apparatus to attract the females. Their song is so loud as they press their rump with their singing organ against the wood, that it causes it to resonate. In this way, the tree becomes an acoustic amplifier. The cicada spends its entire life, which only lasts a few weeks, searching for a mate with its entrancing call.

When cicadas sing to us humans, it also usually has a beguiling effect. In ancient mythology, cicadas represented the art of song and poetry, and were therefore considered the children of the Muses. The flying heralds of summer appear as background noise in Plato’s dialogue Phaedrus (c. 370 BC), where they represent the delusions of sensual temptation. Here, Socrates warns his friend Phaidros not to be lulled to sleep by the cicadas’ murmur and thereby forget his philosophical investigations. Ingeborg Bachmann takes up precisely this metaphor in her post-war radio play Die Zikaden (1955). In her narrative, cicadas are humans under the spell of the Muses, condemned to spend their existence in service of seduction and further delusion. They sing a sweet song of manipulation to keep humankind from finding Truth. Figuratively speaking, today their chatter perhaps corresponds to the constant drone of the attention economy and the current buzz of fake news in echo chambers on social media.

In Austria, five—out of 26,000 worldwide—cicada species are chirping in the trees: Cicadidae Lyristes plebeius (Common Song Cicada), Cicada orni LINNAEUS (Ash Cicada) and Tibicina haematiides (Blood Red Cicada of Lauer), as well as Cicadetta montana (Mountain Song Cicada) and finally, Cicadivetta tibialis (Small Song Cicada). [2] Three kinds, the Blood Red Cicada, the Mountain, and the Small Song Cicada are found in and around Vienna. Metcalfa pruinose—a small blue cicada—has joined Vienna’s gardens and parks as a neophyte from Canada, but has not always made friends with gardeners. [3]

In 2021 at Kongreßpark Vienna, the ASMR Audio-App CICADA GAMES by Claire Tolan now features a completely new species that no one has ever seen, and that no one will probably ever see. For it is not so much their visual appearance, but their rich voices that we are able to enjoy through the augmented reality app. These cicadas hatch in the sunny, grassy meadow and enter our world full of questions about their own existence. Creating new patterns of meaning purely from their speculations, they weave their own rhyme with what is happening around them—and they watch us. The cicadas analyse and comment on our actions. Like us, they ask themselves: Who am I? Why am I here? How do I know what is true and what is not?

Thanks to The Studio for Electroacoustic Music, Akademie der Künste Berlin.

Funded by KÖR Kunst im öffentlichen Raum of the City of Vienna, the Federal Ministry for the Arts, Culture, Public Service and Sport BMKÖS and the District Council Ottakring with Head of District Franz Prokop. With the kind support of Ilixa.

[1] Some song cicadas have adapted multi-year life cycles to outwit their natural enemies. Every 17 years, for example, the nymphs of the Brood X Magicicada hatch in North America. In 2021, the time has come again for large parts of the continent to be swept by the mating calls of billions of cicadas.

[3] The website of the Vienna City Gardens lists the 5-8-millimetre Metcalfa pruinosa as a pest that was introduced to Austria in the 1990s. The insect hardly causes any damage to healthy plants, but can impair plant growth and fruit formation if the infestation becomes severe. By sucking plant sap, Metcalfa produces honeydew, which is collected by bees (Metcalfa honey). Thus, it has developed a symbiotic relationship with its new environment and is therefore tolerated in many regions. This species is mute.