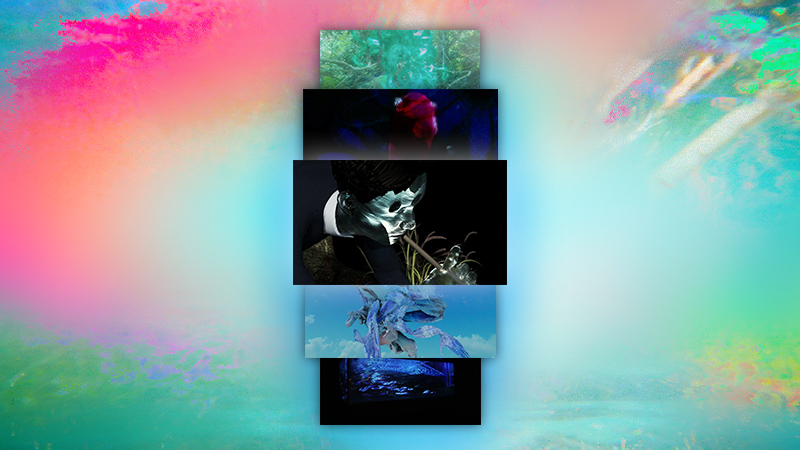 As digital and thus liquefied subjects, we immerse ourselves in a virtual world of sound, image, and movement under the theme OCEANIC FEELING. The term – originally coined in 1927 by writer Romain Rolland in a letter to his friend Sigmund Freud about Ramakrishna’s mysticism – expresses a sensation of being embedded in eternity. It describes his exhilarating experience of being connected to the whole external world through trance. While Rolland’s account—possibly a ritualistic self-experience—only made it into Freud’s psychoanalysis as a marginal note and was diagnosed as a remnant of a primitive ego-feeling from childhood, we affirmatively embrace the idea of the oceanic feeling as a cultural and spiritual technique.

Together with the artists above, czirp czirp interprets the oceanic feeling as the moment in which the notion of being part of the living and fluctuating matrix of nature arises. We read it as an ecological consciousness that wishes to reconnect the transcendental mind with the vibrancy of life on earth.

A stream of oceanic feeling is made tangible in musical form on our platform during summer 2021. Beyond the pictorial and metaphorical appeal of underwater worlds, the oceanic feeling is understood as an artistic method to raise awareness for how human and non-human environments resonate with each other.

This project is realized in cooperation with the International Society for Contemporary Music – Austrian Section.

Supported by the Federal Ministry for Arts, Culture, the Civil Service and Sport, the City Council of Vienna, AKM and Austro Mechana, LSG (Protection of Ancillary Copyrights) as well as the Head of District Franz Prokop (Ottakring).